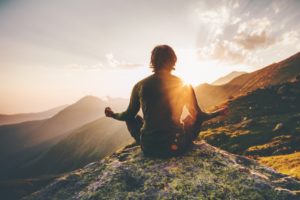 A friend sent me this article on meditation. I found it note worthy and felt inspired to be more diligent with my meditation practice. I hope you will enjoy reading it as well. I summarized the essence of this article below. Please click on the link to read the entire article.

MEDITATION is fast becoming a fashionable tool for improving your mind. The heightened control of the mind that meditation offers was supposed to help its practitioners see the world in a new and more compassionate way, allowing them to break free from the categorizations (us/them, self/other) that commonly divide people from one another.

But does meditation work as promised? Is its originally intended effect — the reduction of suffering — empirically demonstrable?
To put the question to the test, a psychologist and a Buddhist Lama conducted an experiment in which 39 people took part. Half of them were instructed in meditation practices and half of them were put on a waiting list for a future course.

The results of the experiment were astonishing. The meditators had an increased compassionate response to other people’s suffering. There could be two explanations. The first rests on meditation’s documented ability to enhance attention, which might in turn increase the odds of noticing someone in pain (as opposed to being lost in one’s own thoughts). The second explanation, though, derives from a different aspect of meditation: its ability to foster a view that all beings are interconnected. The researchers have found that any marker of affiliation between two people, even something as subtle as tapping their hands together in synchrony, causes them to feel more compassion for each other when distressed.

So take heart. The next time you meditate, know that you’re not just benefiting yourself, you’re also benefiting your neighbors, community members and as-yet-unknown strangers by increasing the odds that you’ll feel their pain when the time comes, and act to lessen it as well.

As always in good health,
Petra and Igor